I am currently in my third season with the Dancing Wheels Company, and this season has been pretty incredible in terms of the performances and touring opportunities that I have been granted. It is still a little hard to believe that the dance world has returned to some bit of normalcy. Since the first of the shut downs in March 2020, I hoped and could only imagine that a little over a year later I would be able to tour nationally and internationally with my dance company. Performing looks a little different, and I know from the administration-side in my role as the company’s Tour Manager that we are still working in a volatile period – but it is amazing how adaptable and resilient the dance world and dance artists are.

Here’s a recap of my third season so far, and there’s still more to come that I’m looking forward to!

August 6 – Performed in the premiere of “A Midsummer Night’s Dream” at Cain Park in Cleveland, OH as Helena

August 17 – Danced with the Statue of Liberty as my backdrop in the Battery Dance Festival in New York, NY

September 25 – Presented at the Forward Motion Festival in Miami, FL

October 2 – Drove to perform at the Abilities Expo NY Metro

I am happy to share that this month I completed my Yoga Teacher Training at Cleveland Yoga and am now a CYT/RYT 200! I am so excited to share what I’ve learned and start teaching this summer with virtual and in-person classes.

END_OF_DOCUMENT_TOKEN_TO_BE_REPLACED

Since October 2020, I have been working with my dear friend, Morgan Walker, in her newest choreographic project “inside Outsider” as a dancer and collaborator. “inside Outsider” is a work that is inspired by the complexities of mental health impacts due to sheltering in place, social distancing, and isolation. Despite the pandemic, this project has toured to multiple virtual festivals – Mark DeGarmo Virtual International Arts Festival (VIA), Trifecta Dance Festival, and the 2021 CDCFest. I am incredibly proud of Morgan and so gracious to her for including me in this work. I am excited to see the future iterations of this piece and its continuation!

A typical day during a very atypical time. For a social media project with the Dancing Wheels Company, I took over the company’s Instagram story to share snippets of how I continue to dance while in self-isolation.

I want to acknowledge that I know I have been so lucky to keep my job as a dancer, as I know so many artists around the world are struggling during this time. Every day I can wake up with this security, and I do not take it for granted. Dancing Wheels received a loan to keep dancers and staff like myself employed.

In my social media takeover, I shared not only how my jobs as a Company Dancer and Tour Manager have changed, but I also shared what I have been doing to keep happy and stay hopeful during these difficult times.

I recently earned my Level I Teacher Certification from Dancing Wheels. I am currently dancing as an Apprentice with The Dancing Wheels Company, the first physically-integrated company in the U.S., and I am glad to have had the opportunity to improve my teaching skills and to learn how to teach in a style that is inclusive of all types of dancers.

During the week-long certification program, I studied with Dancing Wheels master teachers, delved into disability history and the creation of the phyiscally-integrated dance technique, and practiced teaching inclusive dance classes with the company. I am excited to take these teaching skills with me in the future and to integrate them into inclusive dance classes.

After my tour to Beijing, China with the Dancing Wheels Company in October, I was given the opportunity to create a work for the company to be premiered at moCa Cleveland in “East Meets West… A Tale of Two Cities”. All commissioned works for this production were created from experiences throughout the tour and from taking inspiration from Beijing-based artist Liu Wei’s exhibit “Invisible Cities” .

Specifically, my piece titled “Imposter!” is a solo work inspired by the exploration of those questions without answers…

END_OF_DOCUMENT_TOKEN_TO_BE_REPLACED

I have just returned from Beijing, China on my first international tour with The Dancing Wheels Company at the 2019 Luminous Festival!

The Luminous Festival is China’s first disability-led performing arts festival, and it was incredible to be a part of this historic festival and join in on this international discussion regarding inclusivity in the arts. 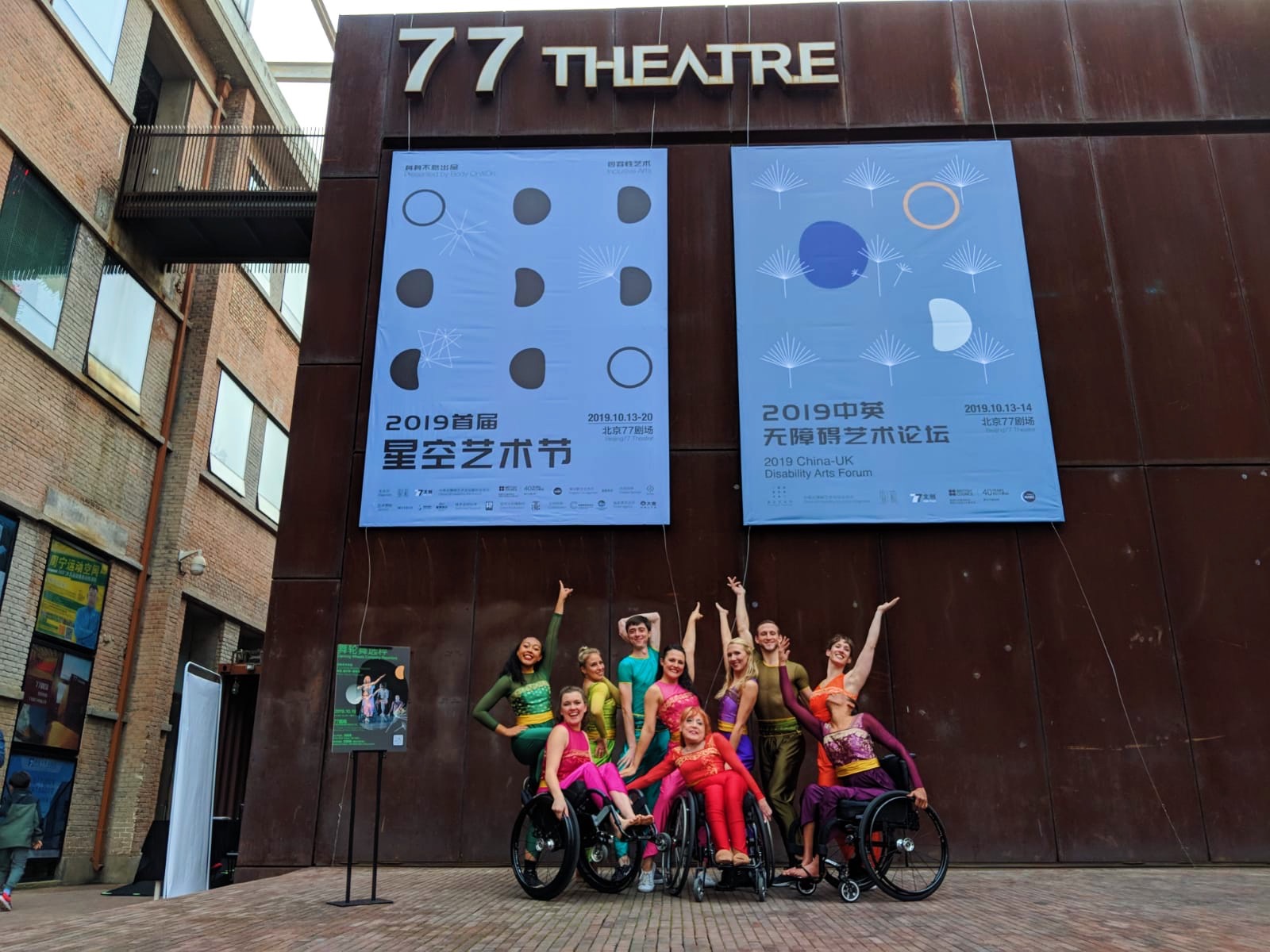 I am still amazed that I would have an opportunity like this a few months after graduating undergrad. I also have been given the opportunity through Dancing Wheels to choreograph a work based on my experiences on the trip and also taking influence from art being currently showcased at moCa Cleveland by Liu Wei. I am looking forward to creating a solo to be performed in December based on my trip at moCa Cleveland in “East Meets West…A Tale of Two Cities”. Thankfully when I was not dancing or in rehearsal, I was also able to play tourist on the trip and explore what Beijing had to offer. With the group, I saw the much loved pandas at the zoo, walked around the Forbidden City, visited shopping districts, admired some beautiful architecture, and wandered around a few gardens in the city. I wish I could have had another week to see more.

I am happy to announce that I am dancing with Dancing Wheels for their 2019/2020 season as an Apprentice in their company! I am looking forward to working with this amazing group, touring and performing around the globe, and being part of the mission to advocate for accessibility within dance.

The Dancing Wheels Company was founded in Cleveland in 1980 by Mary Verdi-Fletcher, whose vision was to offer people with disabilities full and equal access into the world of dance. Dancing Wheels became the first physically integrated dance company in the U.S. and is a company involving both dancers with and without disabilities. https://dancingwheels.org/

I recently presented my community research project on the University Circle Neighborhood in Cleveland, OH at the May Environmental Professionals Network event. For the past few months, I have been researching this community’s assets and power structure as part of my Asset Based Community Development Class. I focused on studying the arts and cultural programming in the area and how that community asset has led to neighborhood growth and development. I really loved the opportunity to combine my passions of arts and community development through this project and further validate why arts are so important to the growth and sustainability of a community. 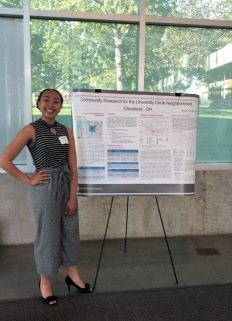 END_OF_DOCUMENT_TOKEN_TO_BE_REPLACED

I am so grateful for these past 4 years of that have been full of learning, dancing, friendships, and memories; and I am so glad that I chose to spend these past 4 years as a Buckeye. After my first visit of OSU in 2015, I knew that this school was exactly where I wanted to be.

Now looking towards the future, I hope to continue dancing and also exploring my other passions of arts and the community. I will be taking this summer to solidify my path and make some decisions around dancing for the future. But in the meantime, I will be sticking in Columbus through May and continuing to dance with Hixon Dance. And in June, I will be headed to Chicago to work with Hubbard Street Dance Chicago for their summer intensive program.